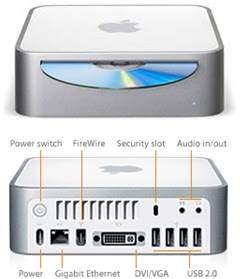 I added this when our puppy started going through separation anxiety when I spent too much time in my office. I also have a MacBook Pro that I use when out and about. I lived off this machine for three months last year when we evacuated Florida for hurricane Irma , and for the many trips back and forth to our new house here in Oregon while it was being fixer-upper'd. It's a nice machine, but I made the mistake of configuring it with an i5, so it's a bit of a lightweight.

No, Apple hasn't activated a secret Mac repair kill switch -- yet. And then I have my main desktop machine. My main machine has always been the one where I produce the bulk of my work output. That's a fully-equipped inch iMac that I bought back in I've used it as my main daily driver for five years! Prior to the iMac, I'd never been able to use a machine for more than 18 months without needing a major upgrade. The iMac lasted five years. To be fair, it's desperately needed an upgrade for about a year, but the hurricane and the big house move took precedence and I just didn't want to get a new machine until we were moved back into a permanent place.

I use all my machines for light writing, web browsing, keeping up with social networks, and email. But I use my main machine for seven main workloads:. Video production: This is what finally killed my iMac. It does one 4K stream reasonably well, but just choked with four camera feeds. Giant PowerPoints: I make big PowerPoint briefings containing lots of graphics, slides, and data. I need PowerPoint, Photoshop, Illustrator, and other apps open, along with a bunch of research resources.

Big analysis documents: When I'm working on a big analysis, I often need a bunch of documents open. I used to have four screens on my iMac and even that wasn't quite enough screen real estate to see everything. I support a number of open source projects, one of which manages donations for more than 10 thousand non-profits. With all the 3D printing and desktop fabrication projects I'm doing and documenting on ZDNet, I need to build some relatively complex 3D models. VM simulations: I used to do network simulations of up to 16 simultaneously-running VMs. I'm not doing quite as much work with this now, so I usually don't need more than four VMs open at once.

Fortunately, running Parallels, I can cut and paste between both environments, which saves a ton of time. With a lot of my bigger projects, I've been craving a wider screen. When the ultrawide monitors started appearing a few years ago , I was bummed to discover that my iMac wouldn't support them.

The new Mac mini is a great machine, but a $ model could serve a larger audience

Then, when I started doing multicam video either with four talking heads or lots of camera angles shot simultaneously it became clear the iMac had met its match. For me, the best fit was a Mac rather than a Windows machine. The Mac would run Windows, and since I need to run applications on both, I couldn't just run out and buy or build any old Windows machine. That put me in wait-and-see mode for new Macs.

As I discussed a few weeks ago, there were four scenarios for a new machine to meet my workload. A Hackintosh could have done it, but I just didn't want to go that route if I could help it. While I'm not uncomfortable with the technical hacks to set one up, I am uncomfortable with the ongoing fiddling required for maintaining them, especially during upgrades. When I have an assignment to work on, it's sometimes very time-sensitive and I need a machine I can rely on. Since I wanted an ultrawide monitor, the screens that come with an iMac or a MacBook Pro would have been more pain than gain.

The MacBook Pro screen is too small for desktop use, and the iMac screen is unwieldy and heavy for most standard monitor stands. I really wanted a headless computer, and since the Mac Pro is missing in action, that meant a Mac mini -- if Apple ever upgraded it. To almost everyone's surprise, they did. And I bought one last week. It'll arrive on Wednesday. That's just silly. To be honest, I would have liked an even higher performing processor, but this will still be a huge boost.

In single core performance, only one machine bests it. Next up is memory. I haven't pushed past about 24GB in any of my recent workloads. So, given a choice, I'd rather not spend on 64GB.


My preference is usually to buy gear when my workload needs it. Fortunately, the new Mac mini allows for RAM upgrades. While we don't consider the memory directly end-user accessible, service providers can access the internals of the Mac mini to upgrade the memory. I'm honestly not entirely sure what I'll encounter when the Mac arrives, but I'm sure it'll be interesting. Next is storage. Apple charges way too much on storage, but it's not internally upgradeable. Apple's internal storage is also seriously fast, since it relies on flash memory.

Here, I needed to balance performance against price. I use an external direct-attached RAID array for my video production and assets, so I don't need a huge amount of on-system storage.

I also have a very large NAS with most of my other resources. I checked my various machines and, as might be expected, the main workhorse iMac used the most. Even so, it was under GB. That machine was equipped with 1TB and I found that quite workable. Finally, there was another big decision.

This time, though, it was not about price, but about reliability. The new Mac mini comes with either a 1Gb Ethernet port or, for an extra hundred bucks, a 10Gb Ethernet port. I am not running 10Gb Ethernet here, mostly because none of my computers support it. I spent the extra hundred bucks and configured the Mac mini with 10Gb. My only concern is that since Apple only has such a port on the iMac Pro and now the Mac mini, will it work properly?

A new version of the Mac mini has been conspicuous by its absence for a good few years now, and many people were concerned that we might never see an update to Apple's small form factor computer. There was a glimmer of hope a year ago when Apple CEO Tim Cook reassured fans that Apple would still support the Mac Mini , and rumors had been mounting that we might see a Mac mini in And sure enough, Apple has revealed the Mac mini So how does it compare to the previous version, which was released way back in ?

The Mac mini kept the same compact design of the Mac minis that came before it, with a small, square-ish metal design that measures 7. Apple says the Mac mini is the biggest update ever for the Mac mini, and it certainly looks like that's the case. This, Apple tells us, results in up to five times faster performance over the Mac mini Meanwhile, the Mac mini has had a number of hardware refreshes, and the most recent came with three hardware configurations.

The base model features a 1. Graphics are handled by Intel HD Graphics That's quite a slow hard drive, these days — solid state drives SSDs are much faster and increasingly prevalent in machines, especially small form factor devices where the heat and sound of SSDs is practically nothing compared to standard hard drives.

The Mac mini ditches standard hard drives for SSDs, offering up to 2TB of super-fast storage space, which will make opening and editing large files and complex apps faster than ever. The mid-range Mac mini comes with a 2. You can configure this Mac mini to have a 3.